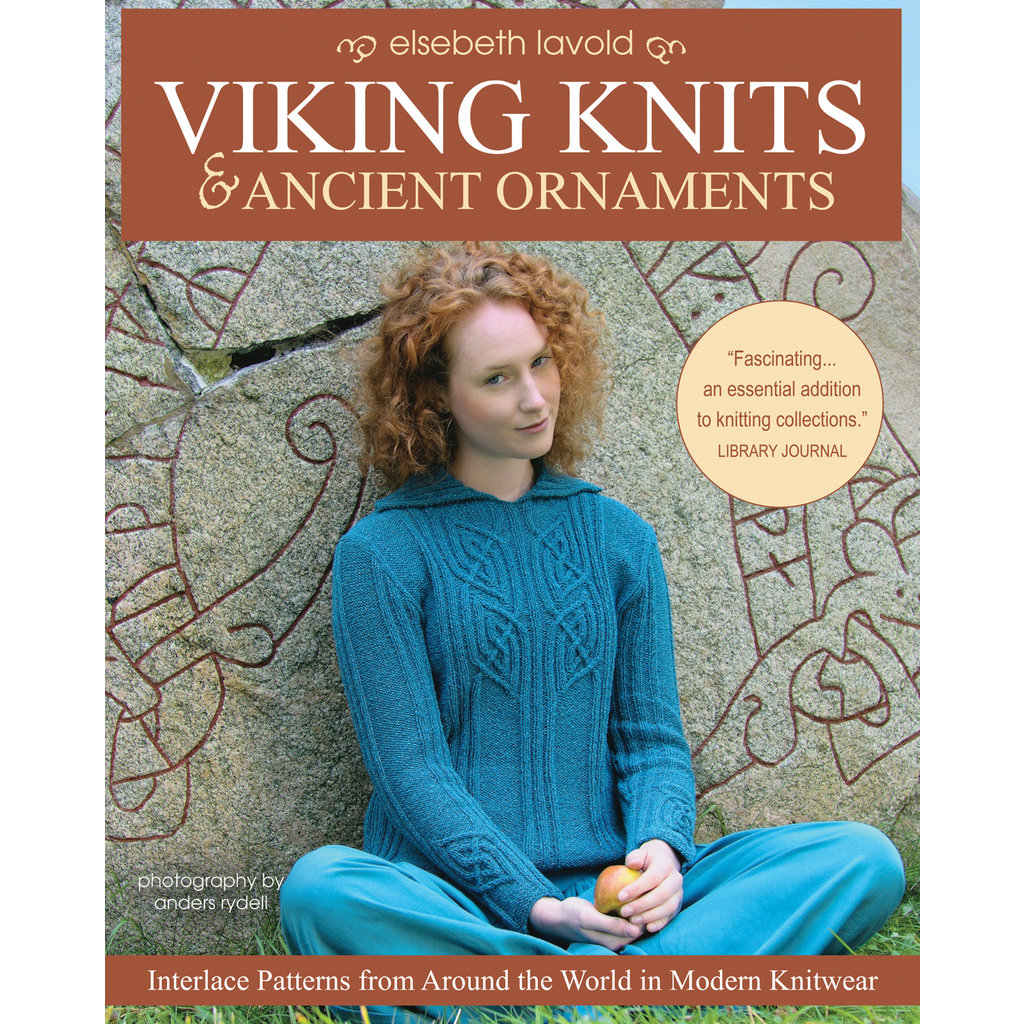 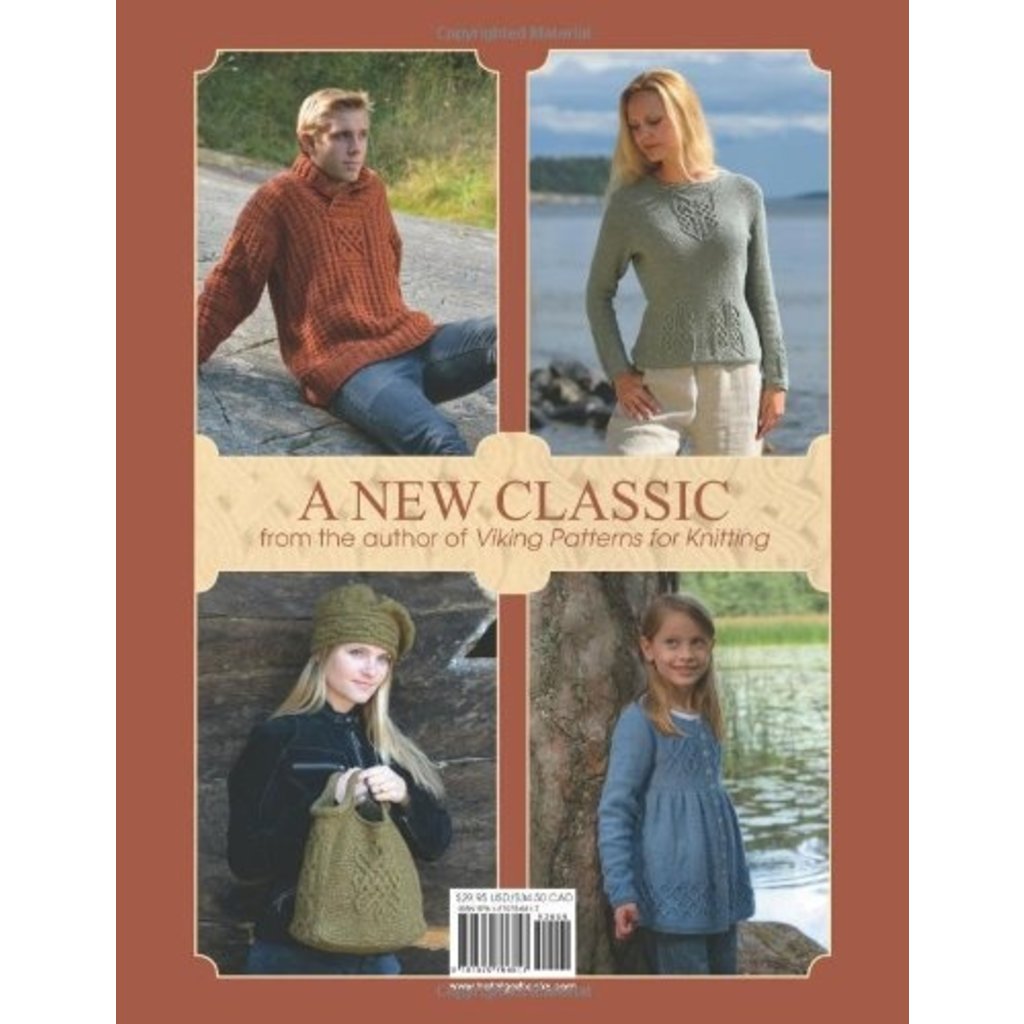 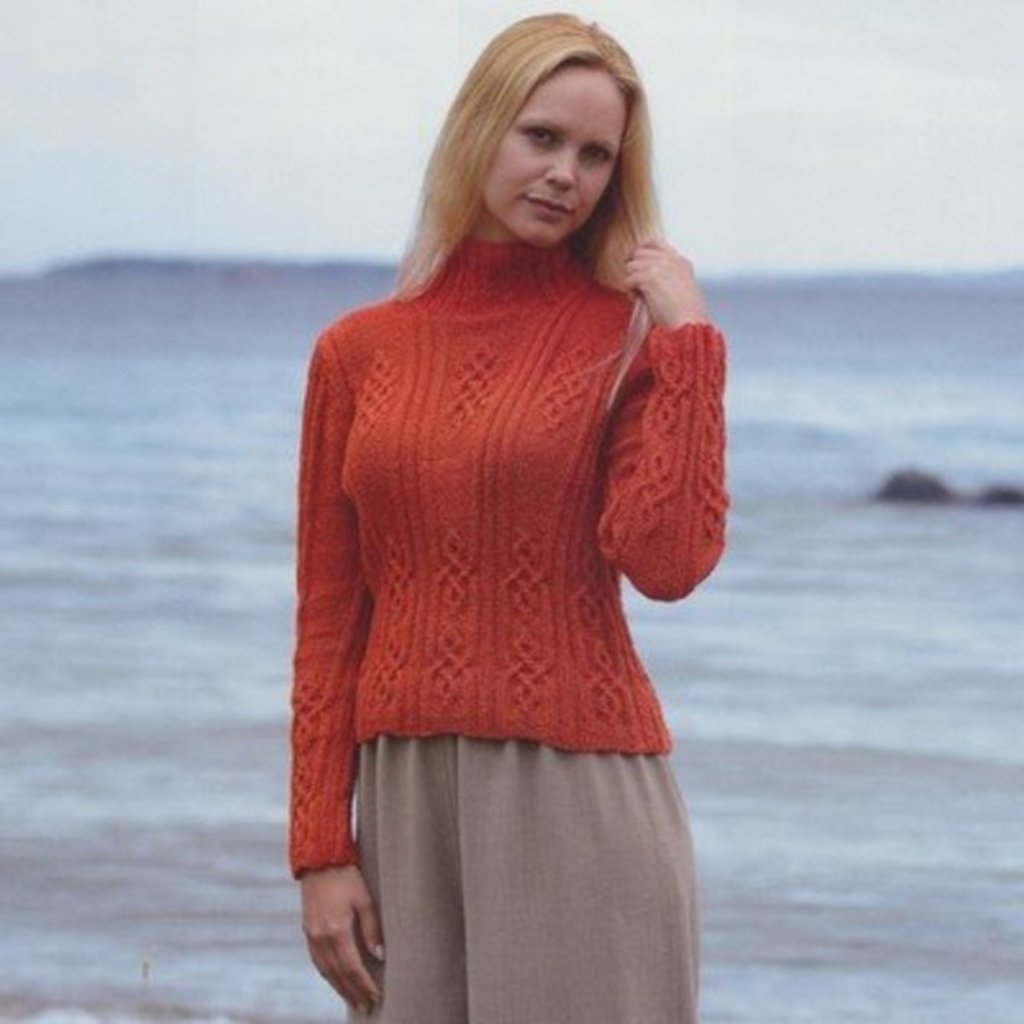 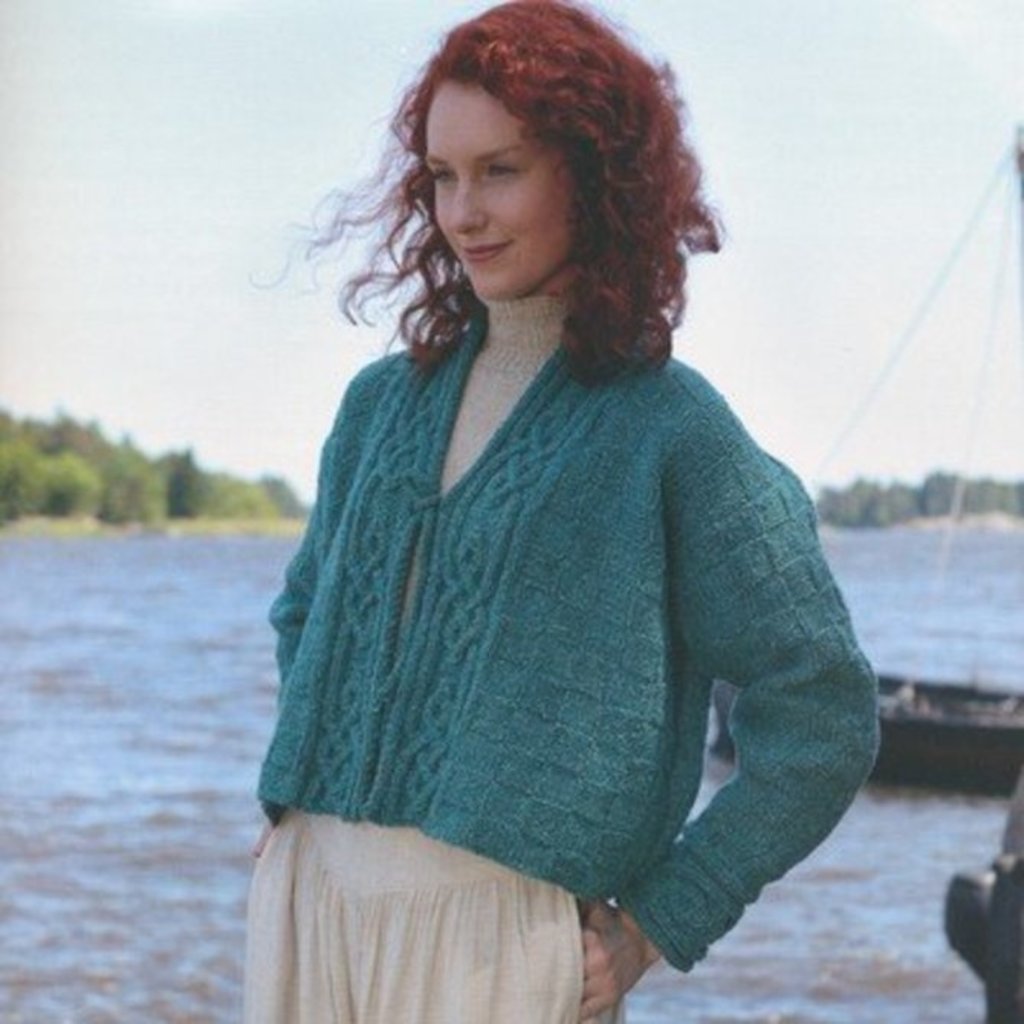 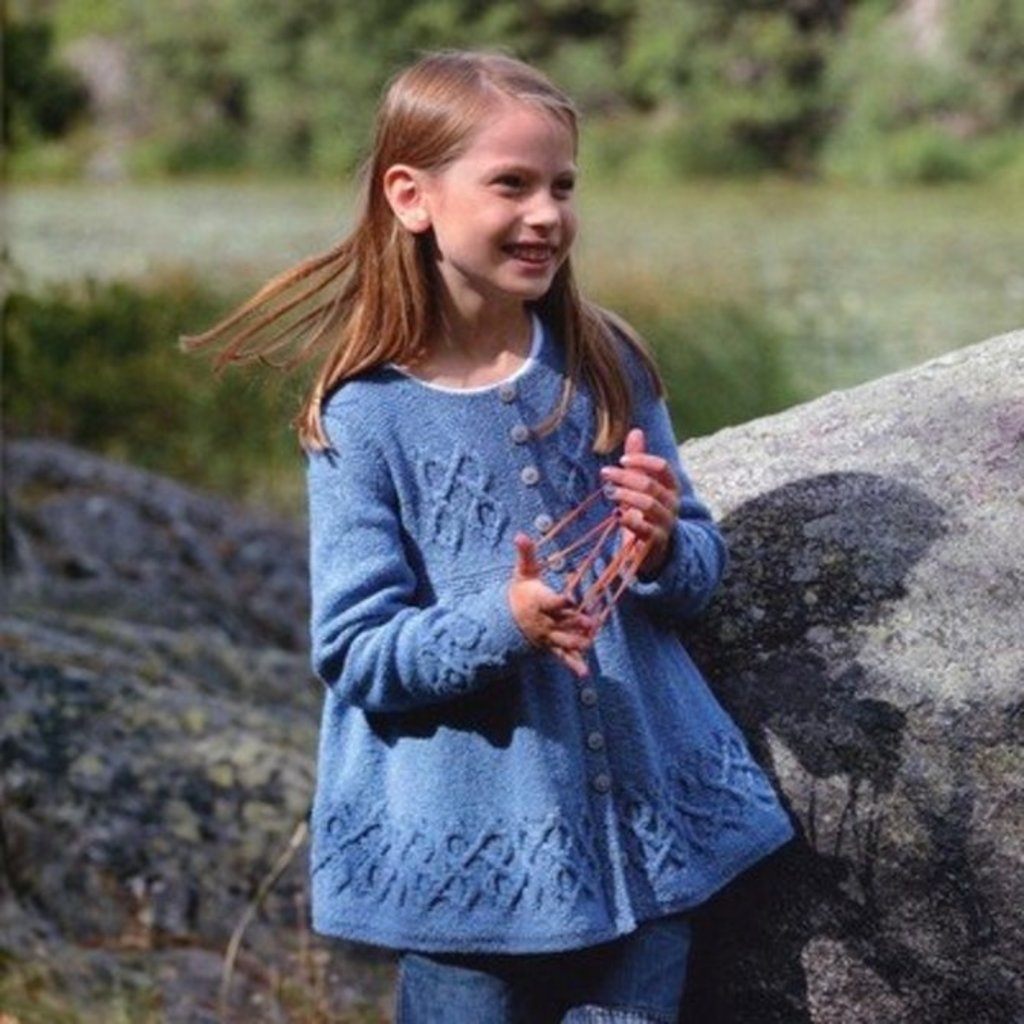 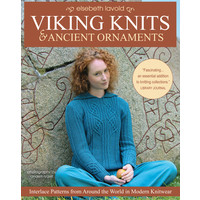 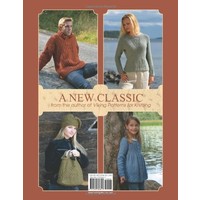 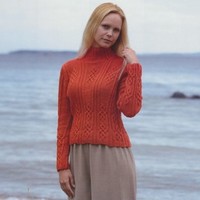 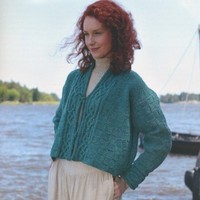 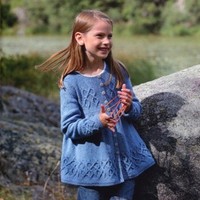 Renowned cable knitter and expert on Viking knits Elsebeth Lavold passes on how to bring the ornamental heritage of the Vikings as an adornment to modern knitwear. Ever since her ground-breaking book «Viking Patterns for Knitting» was published, Elsebeth Lavold has been recognized as one of the world’s leading experts on cabling. In the book, described as "an indispensable milestone in 20th century knitting literature", she introduces her own innovation, using lifted increases to create interlace patterns instead of just to shape garments, and to bring new life to the ornamental heritage of the Vikings as adornment on modern knitwear.

With more than a decade of added experience and continued research, she is now ready to take the concept a step further with «Viking Knits & Ancient Ornaments». Still firmly based in her Scandinavian roots, she has studied cultures from all over the globe to find similar types of patterns. This has resulted in a fascinating compilation of ornamental expressions, ancient as well as contemporary, and just as in Viking Patterns she uses them as a launch pad for her own unique designs.

Elsebeth Lavold is one of Sweden’s leading knitwear designers. Her exquisite and detailed patterns have thrilled and inspired knitting enthusiasts for over 30 years. In addition to the abundance of beautiful garments presented in the book with complete instructions, Elsebeth Lavold has analyzed a huge number of pattern types and displays them in both swatch and chart form, to allow you to make your own designs based on her research.